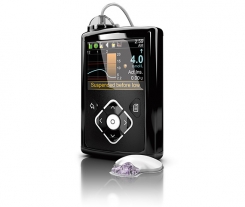 Insulin Pump VS MDI. Which insulin regime gives the best control to children living with Type 1 Diabetes? Our study compares HBA1C results in the 2 groups. It’s a dilemma for many parents of children with Type 1 Diabetes, at some point in their journey, do they move from Multiple Daily Injections to an Insulin Pump. The benefits of an insulin pump are promoted as giving better control and also improving quality of life, though for many people the transition from MDI to Insulin Pump is quite scary.

I am a member of many groups on Facebook devoted to giving support to parents whose Children have been diagnosed with Type 1 Diabetes, last year I conducted a survey with the help of the members of the groups, to try to understand the true benefits of the newest technology. I didn’t simply look at Insulin Pumps VS MDI but other factors too such as how long the children had been diagnosed, how old they were, what other equipment they were using such as CGM and the Freestyle Libre. There is so much data that I’m going to do separate posts for each section.

I was overwhelmed by the response to the Children With Type 1 Diabetes Survey. I had well over 300 responses so I’d like to thank each and every person who took the time to get involved. This study is far from clinical but sheer volume of data by nature should make for very interesting reading.

There are a few things you should know with regards to the data that will influence the results. Firstly all responders were members of support groups, by nature the people that are members of these groups are pro-active parents that are actively trying to get the best Diabetes control for their children that they possibly can, thefore you shouldn’t be surprised to find out that the average HBA1C from all the responses was 7.8% (DCCT) or 61.7 (IFCC) which is considerably lower than the national average anyway regardless of technology used.

The first data group I looked at was the use of an Insulin Pump VS MDI in children who have been diagnosed less than a year, the results were frankly very surprising. One of the reasons I wanted to particularly look at the data separately for Children who had been diagnosed less than 1 year was the honeymoon factor. Many but not all children experience a honeymoon period shortly after diagnosis, some call this partial remission but I hate that phrase. It basically means the pancreas is still producing a significant amount of Insulin which can really help to give children excellent control, the Honeymoon Period is thought to last anywhere from a few days to in rare circumstances a few years, though it’s generally considered that the average length of a honeymoon is 1 year or less.

Baring in mind that the average HBA1C was 7.8 for all the children that took part, the average for pump users in the first year was 7.86% but now for the surprising bit, the average for MDI users that had been diagnosed less than a year was was an astounding 7.19%. Try as I might I cannot explain this, could this be because it’s unsual for children with good control to be offered an Insulin Pump during the first year? Or could it be because parents whose children have excellent control in the first year cannot see a need to change technology? I’d love to hear your thoughts on this so feel free to leave your opinions in the comments section below.

At the time of the survey the target HBA1C as set by NICE Guidelines was 7.5%, it has recently been reduced to 6.5% but more on that on another day. This data would suggest that in order to acheive these targets Insulin Pumps could play a significant part especially as less than 19% of children in the UK are achieving the 7.5% target. Though I feel it’s important to state at this point that within both Insulin Pump user and MDI User groups there were children with excellent control and clearly other children that were struggling.

However not all Insulin Pump users or MDI users were created equal, both groups of data included children that were using CGM or Freestyle Libres (Flash Glucose Monitoring) I will post later the results of the children who were using additional technology as the results were very interesting indeed.

When I cleansed the data further and removed CGM and Libre users from the mix the results are much closer. Pump users had an average HBA1C of 7.61% VS MDI users 7.87% which is a much smaller margin. Though I will point out that for this particular comparison the data included those diagnosed less than 1 year and as we’ve already established the honeymoon effect on HBA1C particularly in MDI users is significant, so I would suggest that the difference between the 2 groups is actually wider in those that have been diagnosed more than 1 year and who do not use any form of CGM.

So from the study I do now believe that Insulin Pumps have a role to play in improving control of Type 1 Diabetes in children especially as NICE Guidelines have become tighter, though they are not miracle workers. Perhaps more emphasis should be on the improvement to quality of life they can offer many children or the scenarios where the pump can make handling the many challenges of Type 1 Diabetes easier.

What about those children who have been diagnosed less than 1 year?  This survey suggests that control is not improved by an insulin pump. However one of the many reasons I see in these support groups for not moving to an insulin pump is fear. Trying something new and scary is not something that many children will embrace readily, especially when the change may hurt more than injections (my son says it doesn’t if you were wondering). I have often wondered what would happen if children were offered an insulin pump at diagnosis, would they choose a cannula change every 3 days over 5 very scary injections a day?….I suspect many would.

One thing is for sure great results can be gained by using Insulin Pumps or MDI, equally children can struggle on both, maybe more trials are the way forward so children can experience both, perhaps that is the only way that a child or parent will learn which technology suits their child best.

As I mentioned at the start of this post it seems the average HBA1C for children whose parents are members of Facebook Support Groups is well below that national average with a huge percentage of children in these groups achieving the old NICE target of 7.5%.  Maybe help, support, and education are more powerful than any form of technology that scientists can create at this time, or maybe a parent that actively searches to improve control and who takes the time to educate themselves will give their child the best fighting chance to get one over on this dreadful condition. One thing is for sure these parents are working tirelessly at control and they are getting amazing results regardless of technology.

Thank you for listening to my musings and ramblings as I try to better understand the benefits of Insulin Pumps VS MDI and thank you again to everyone who took part. I really hope you found this as interesting as I did. If you are a parent of a child with Type 1 Diabetes I can strongly recommend joining the following Facebook Support Groups, the help these groups offer to other parents is nothing less than astounding, no question is stupid and you will find help and support 24.7.

Facebook Group for Parents of Children with Type 1 Diabetes

I will be following up with more posts using the data as I investigate the benefits of CGM, Flash Glucose Monitoring and how age affects control in children with Type 1 Diabetes.  Don’t miss out on future articles pop your email address in the box below to receive free updates from us into your inbox.