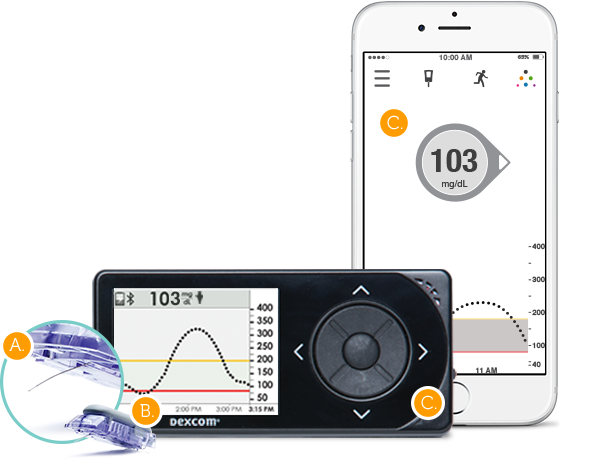 Does CGM Improve HBA1C? We study over 300 children with Type 1 Diabetes. Comparing HBA1C of those using CGM to those that don’t.Today I wanted to share with you the findings of my study to discover if CGMS improves blood glucose control in children.

WHAT DOES CGMS STAND FOR?

CGMS stands for Continuous Glucose Monitoring System. A very basic explanation of CGMS, a user wears a sensor on their body that checks the glucose levels in interstitial fluid, a transmitter then sends this constant data to a display, therefore users can see constantly what their levels are. They also have alarms for high and low levels.
At this time very few children in the UK have access to CGMS, funding from the NHS is not readily available in most areas, therefore many parents self fund these expensive systems.

It’s not totally understood yet why funding isn’t available in the UK, though I believe it’s partially because they believe there to be limited evidence that CGMS improves blood glucose control and secondly the costs are high, typical set up is around £1000 unless you are using an integrated insulin pump and sensors are around £60.00 which are meant to last around 6/7 days but many people get longer than this from the Dexcom CGMS System.

Last year I created a survey for parents of children that have Type 1 Diabetes. The majority of parents that responded were from Facebook Support Groups. Over 300 parents responded, I broke down the data between Insulin Pump Users, those on MDI, those who use CGMS or the Freestyle Libre. I also recorded the most recent HBA1C for each child.
We already discussed in my previous post that these children on average had a lower HBA1C than the national average, probably because the parents in these groups are so committed to getting the best control possible for their children. The average HBA1C of the group was 7.8%
So now for the results.
Those children who were using CGMS full time had on average lower HBA1C’s than those without. The children who were on injections and using CGMS had an average HBA1C of 7.66%, though those who used an Insulin Pump alongside CGMS instead of Injections had an even better HBA1C average at 6.95%, making this the only group from the study whose average HBA1C was significantly under the target set by NICE Guidelines which at the time of the survey was 7.5%.
There were 41 children in the study that were using a pump and a full time CGMS. The HBA1C range was 5.6% – 9.2%.
To discover what the average HBA1C of the Insulin Pump users vs those on Injections without CGMS read my previous post here.
Considering that less than 20% of children in the UK are meeting the 7.5% target (which has now been reduced to 6.5%) this is surely an indication that to help more children achieve this tough target CGMS and Insulin Pumps should be more available through the NHS.
Perhaps the most compelling evidence of all,  that more children will meet the HBA1C targets if CGMS became available on the NHS is when we look at the percentage of children in the study that are achieving the target. 87.8% of the children in this study that are using an Insulin Pump and full time CGMS achieved an HBA1C of 7.5% or less and 29.2% achieved 6.5% or less.

DOES PART TIME USE OF A CGMS IMPROVE BLOOD GLUCOSE CONTROL IN CHILDREN?

However this is not the end of the story. What about those children that are not using CGMS full time but are using it occasionally?
The results are not quite as impressive though there was an improvement. The average HBA1C of pump users that were using CGMS part time was 7.46%, unfortunately there were no MDI users that had part time useage. This HBA1C is marginally under that of those using an Insulin Pump alone.

The vast majority of children in this study using full time CGMS had excellent results, though there were a few that were still not meeting the HBA1C target. This could be because they were new users of the system or it could be that they were experiencing teenagers rebelling over their care, it’s also possible that these people did not yet fully understand how to get the best from the systems or understood which changes need to be made.
To me it’s clear that whilst CGMS will not magically improve blood glucose control with no intervention, in the right hands it’s an incredibly powerful tool and gives the best chance to children to meet the targets. I’m not for one moment suggesting that these expensive tools are just handed out to everyone but I think from these results it is clear that if a parent shows that they have a good understanding of managing Type 1 Diabetes and that they are proactive in their child’s care they should be a prime candidate to get the most out of CGMS and they should be offered what I now believe to be the gold standard in care.
We already know what the complication risks are for both Type 1 and Type 2 Diabetics that do not have good control, and we also read on a regular basis in the media just how much money this is costing the NHS. Therefore surely if there is a tool available that can improve control in Type 1 Diabetics this can only save the NHS money in the long term. In a future post I will look at how CGMS helps children to achieve better control.
MORE INFORMATION
For more information on CGMS and studies of HBA1C results you may find the following sections of our website useful.
Libre Vs Dexcom – A comparison of the 2
CGMS – A list of all our articles related to CGMS.
Does night testing improve HBA1C results.
In coming days I will also be using the data collected to discover if the new Freestyle Libre (Flash Glucose Monitoring System) can also improve control and I will be discussing how control changes in children as they grow older.  So make sure you come back often for the latest study updates, alternatively you can subscribe by email in the box below to receive  free updates directly into your inbox.
I’d love to know your opinion of CGMS use in Children and if you believe that CGMS can improve blood glucose control, so why not leave your comments and questions in the comments section below.